It finally happened. I am almost old. Almost … 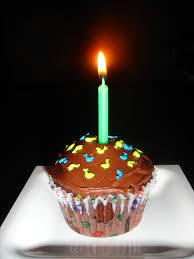 My mom, who just celebrated the big Eight-O this fall, tells me, “You’re finally catching up to me!”
And I say (patiently, mind you), “No, Mom–I’ll never catch up to you. You will always be twenty-two years older than me …”
“Well,” she says, “It just makes me feel good to think you’re almost sixty–that’s pretty close to 80!”

Whatever.
I’ve still got a couple years ’til I get there–and I’m not afraid to use them. Who knows what will actually happen (I am learning to live and love One Day At A Time), but here’s how I see those two years unfolding:

1. I’m getting ready to retire after 24 years of teaching. It’s hard to believe that at the end of my career I’ll have had about 3,000 teenagers sit in the seats of my classroom. Un-frickin’-believable. It will be difficult to say goodbye, but I think I’m ready. In that time “my” kids have watched me remarry, lose a parent, and become a grandma. Together we watched 9-11 unfold. I’ve had a blind student and students with hearing loss in my classroom. A student who was battling brain cancer, and a student who had cystic fibrosis. Students with Asperger’s. I’ve watched teens lose a parent to cancer, a brother to suicide. More than a few have run away or found themselves homeless. I’ve helped build homecoming floats, hosted Swirl and Prom and piled 50 fifteen-year-olds onto a Greyhound to travel to Mackinaw Island. I’ll never be the same because those 3000 sixteen-year-olds touched my life. And changed me profoundly.

2. I’ll welcome at least one new grand into the family–right now the total is at 2 1/2. Never in my life did I think I would turn into “one of those” grandmas. But it happened. This week while babysitting, Jonas took a kiwi and spinach food pouch out of his diaper bag and tried to twist the top. What did Grammy do? Why she uncapped it for him, of course, and let him have a snack! He wanted to carry around my bracelet. Why not, little fella? Oh, you want to take off your shoe? Go for it! I had no idea that on this end of the parenting spectrum I’d throw discipline to the wind and give my little babes whatever their hearts desire. It’s a heady thing, this grandma love, and I’m looking forward to whatever new additions come my way–and much more babysitting.

3. Hubby and I have weathered our share of life’s storms and I am oh-so-ready to head towards calmer waters.  I’m learning my way is not the only way and he’s learning … well, that’s his story, not mine. Between us we’ve lost a parent, a step-parent, and three grandparents. We’ve sat watch in the hospital room of a critically ill parent more times than we’d like to admit. We’ve said goodbye to our beloved lab, Trixie, who was the same age as our marriage. We’ve lost a lot. We’ve gained … maybe more? Time will surely tell. I hope in the next few years we can tick off a few items on my bucket list. Like Italy. The Canterbury Trail. Lewis and Clark’s route. But even if none of that pans out, I can still say my life has been sweet, in part because of a man who is bold and courageous and darn good lookin’. So, if nothing else, we’ll pack up that camper and head to the Lake. The U.P. Out west. Because there is nothing so sweet in life as sitting beside the campfire, saying nothing at all. And maybe that’s enough.

2 thoughts on “Happy birthday to me!”