The One I Was (Abovethetreeline)
Eliza Graham
Lake Union Publishing

Rosamund Hunter has a secret—that much we know. A hospice nurse, she all but freezes as she stands in the vestibule of the imposing manor Fairfleet, home of her next patient, “trying to accustom [herself] to being at Fairfleet again.” And we’re off on a tale that will eventually reveal just why she left … and how her latest employer—the famous journalist Benny Gault– is connected to the home just as closely as she is.

In another life Rosamund was Rose Madison, adored granddaughter of Lady Dorner, owner of the house; daughter of  troubled Clarissa, who tried to out run the mental illness that pursued her … and usually lost. Granny was enough to shield Rose and her brother Andrew from their mother’s erratic behavior, but when she died, the fragile Clarissa is taken in by a cad’s lies and the little family’s hold on life, love, and Fairfleet itself is at risk.

And in still another life, Benny Gault was Benny Goldman, one of the young Jewish boys shipped from pre-war Germany to safety in England. Lord Dorner takes in several boys, providing them with a home at Fairfleet, an 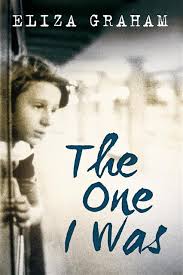 education, and, perhaps most importantly, safety from the gas chambers. Benny is the boy who rises to the top—he’s curious, eager to learn English, to become English, and throw off his German identity. Benny excels at everything he attempts and returns summer after summer, holiday after holiday, to Fairfleet, the only place he can think of to call home.

But Benny has a secret, too. And in his final days, as he unravels Rosamund’s story (he is after all a journalist) he unburdens his own horrible secret, hoping to find peace at last before he dies.

The One I Was has echoes of Lucinda Riley’s Lavender Garden and Kate Morton’s novels. Like those novels, I was taken up by the hint of mystery and the engaging characters. A fine story, this would make a perfect Mother’s Day gift for Mom or Grandma.