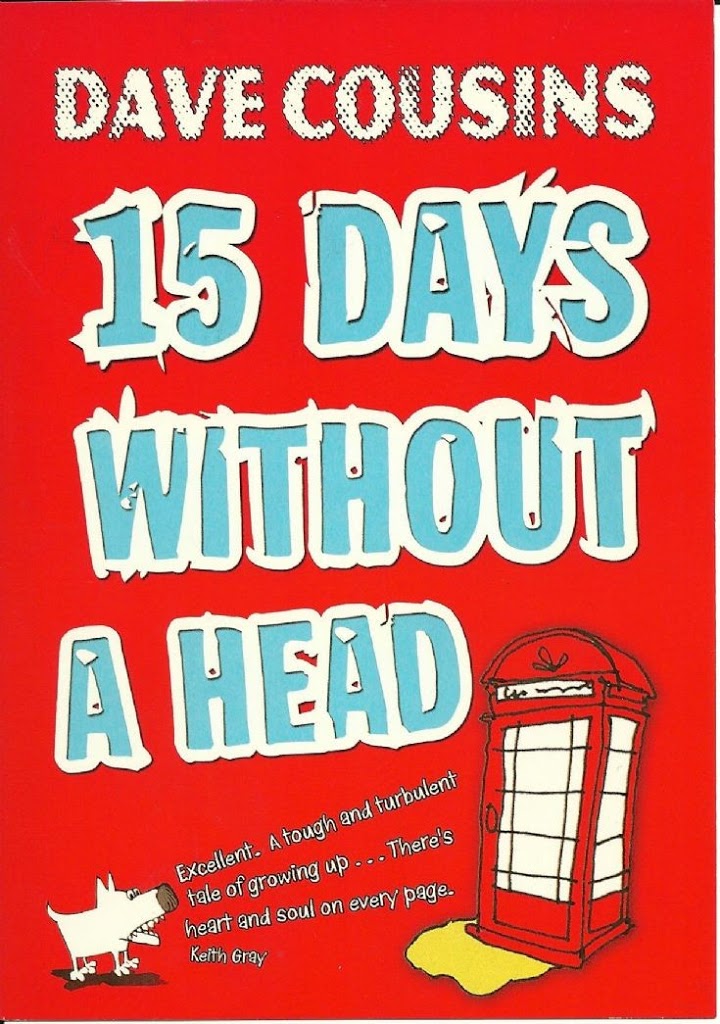 15 Days Without a Head (NetGalley)
Dave Cousins
Release date: May 2013

Laurence Roach’s mom is single, depressed, alcoholic … and disappears one day without a trace. His six-year-old brother Jay can be hard to manage and sometimes acts like a dog, especially when he doesn’t want to mind. And so it falls to Laurence to hold it all together–but that’s a lot to ask of a fifteen-year-old. Still, he tries, terrified that social services would pry the family apart.

The laundry piles up; what little food left in the flat is soon gone; Laurence, late for school one too many times, risks a daily report. Then Jay’s babysitter and a nosy neighbor lady start to snoop. Laurence keeps up the ruse for a long fifteen days, with the excuse that Mum was working long hours. The boys come down with fever. They’re hungry–Monster Munch and lemonade for breakfast  no longer holds any appeal. Desperate, Laurence even dresses in Mum’s clothes, hoping to fool the bank into letting him withdraw money from a long-forgotten savings account opened by his nanna.

All the while, Laurence still believes that he can make it all better–Mum would return, stop drinking, get a new job–by winning a family holiday on the radio show Baz’s Bedtime Bonanza. Pretending to be his (dead) dad, Laurence answers trivia questions night after night, advancing in the game and fighting off challengers. And finally, a chance sighting and some lucky sleuthing leads him to the truth behind his mother’s absence … but no spoiler alert here.

Author Dave Cousins has great insight into the mind of a teen–those years of sometimes child, sometimes adult. His word play is a clever, yet poignant, with chapters titled Whensday, Blursday, Lieday, Thataway, and on to Doomsday and Madnessday, ending with Today. As in the novel’s title, the Roach boys are fifteen days without their mother. And Laurence chases the roaches that skitter across the kitchen, Jay telling him all the while, “A cockroach doesn’t die even if you chop its head off.” The question Laurence answers to win that all-expenses paid family holiday? “Which of the following UNFORTUNATE creatures will not die–EVEN if you remove its head?”

The Roaches don’t die either, surviving the almost-destruction of their nuclear family, perhaps even stronger than before. 15 Days is an insightful Young Adult novel about family struggles for teen readers.

Next up: It’s a snow day! It’s my birthday! And little Flavia DeLuce is calling me, calling me …