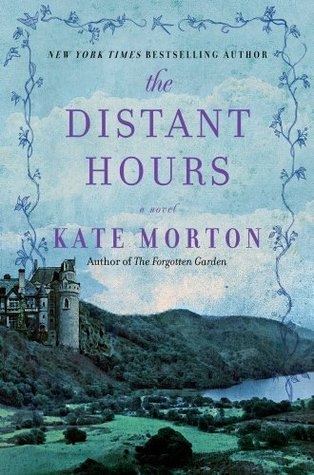 “… stories are everywhere. That’s all writing is, apparently, capturing sights and thoughts on paper. Spinning, like a spider does, but using words to make the pattern.”

As soon as Edie Burchill confessed she kept a copy of Jane Eyre in her bag should she “need to queue unexpectedly” I knew she was my kind of girl. Add to that the fact she works for Billing & Brown Book Publishers in Notting Hill and I was hooked.

It’s 1992 when Edie’s mother Meredith receives a letter written (and sent) nearly fifty years ago–and that’s when Edie hears the story of her mother’s evacuation during World War II to the English countryside and the castle (yes, castle!) Milderhurst, home of eccentric author Raymond Blythe. As luck would have it, business takes Edie right past Milderhurst only a short time later … and peering through the gates she realizes she had stood there as a young girl with her mother.

Drawn both by the mystery of the castle and her mother’s reticence in revealing the story behind the letter, Edie visits the village book shop where she learns that sometimes the elderly Blythe sisters allow for private tours. And an afternoon later Edie stands before Persephone Blythe, eighty-something, tall and lean and still commanding. Her twin, Seraphina, softens her edginess, all pink nail polish and silk flowered dresses. The youngest of the Sisters Blythe is Juniper–delusional, but most often in a stupor.

With that, Edie is off to uncover the truth of those years her mother spent at Milderhurst–and perhaps solve a murder or two as she does. I couldn’t have asked for more in a light summer read: a castle, winding country lanes, a dark wood, a deep pool, unexplained bumps in the night, writers galore, and a madwoman in the attic to boot. If you loved Jane Eyre (and it’s one of the few novels I’ve read repeatedly) Distant Hours has whispers of Jane and echoes of Rochester and lovely “ancient walls that sing the distant hours.”

One thought on “Whispers and echoes”