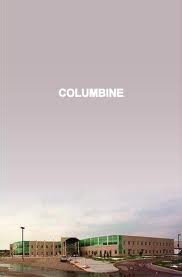 I actually finished this book at least six weeks ago; I read it in a 3-day rush over a weekend. Why the rush? Because it was so awful I couldn’t stop. Why the reluctance to blog?  Because it was so awful I couldn’t think of what to say. David Cullen was on the scene at Columbine High School around noon the day of the murders. Nearly ten years later he has allowed himself to close his notebook. But what he left us is a raw and compelling look into the lives of the killers and the victims.

Cullen had access to police files and the journals of Dylan Harris and Eric Klebold; he interviewed teachers, administrators, students, parents, and psychologists. What we’re left with is the knowledge that most of what we knew about the tragedy was not true–Harris and Klebold were not bullied, nor outscasts. In fact, they were the bullies–and popular and gifted. They also had a criminal record and a teacher had reported a disturbing short story that Klebold had written. That Cassie Bernel was not the girl who said “Yes”.  That Dave Sanders was left by the SWAT team and did not have to die. And also that Eric Harris was a psychopath and Dylan Klebold depressed.The list of inaccuracies goes on.

Columbine was the December choice for my book club, made up of fellow teachers. Nearly to the reader, we all had the same reaction; the only outlier was the one of us who couldn’t even finish the book because of the horror. After the Columbine tragedy we read articles, had in-service on how to recognize and reach out to those outcast students. Our school instituted a “no backpack” rule. We would be sure this would never happen again; we’d recognize the “signs” and be proactive. But all this  in reaction to an event about which we didn’t even really know the truth.
And the truth is that the tragedy probably couldn’t have been prevented, no matter what. And that it could, and probably will, happen again.

2 thoughts on “Much too real”